Color/Appearance: Heartwood of East Indian Rosewood can vary from a golden brown to a deep purplish brown, with darker brown streaks. The wood darkens with age, usually becoming a deep brown.

Grain/Texture: Has a medium texture and fairly small pores. The grain is usually narrowly interlocked.

Workability: East Indian Rosewood can be difficult to work with tools because of its interlocked grain and density. The wood can sometimes contain chalky deposits that will rapidly dull cutting edges. Glues and finishes well, though color from the wood’s natural resins can inadvertently bleed onto surrounding surfaces when applying a finish, so care must be taken on the initial seal coats.

Odor: Has a distinct, rose-like scent when being worked; some find its scent less pleasant than other Dalbergia rosewoods.

Allergies/Toxicity: Although severe reactions are somewhat uncommon, East Indian Rosewood has been reported as a sensitizer. Usually the most common reaction is skin irritation. See the articles Wood Allergies and Toxicity and Wood Dust Safety for more information.

Pricing/Availability: Generally good availability in both board and turning blank form. Expect prices to be high for an imported hardwood, though not as prohibitively high as some of the scarcer rosewoods.

Sustainability: East Indian Rosewood is listed on CITES appendix II under the genus-wide restriction on all Dalbergia species—which also includes finished products made of the wood. It is also listed on the IUCN Red List as vulnerable due to a population reduction of over 20% in the past three generations, caused by a decline in its natural range, and exploitation.

Comments: East Indian Rosewood has been used extensively on acoustic guitars since the mid 1960s as a substitute for the now-endangered Brazilian Rosewood 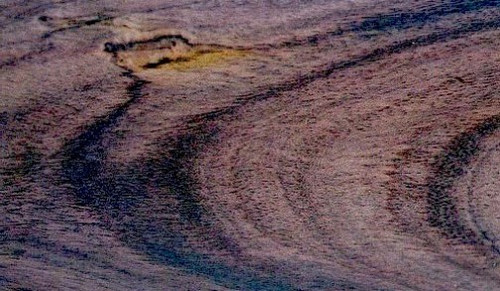