Color/Appearance: Heartwood color is variable, ranging from a very pale pink to a deeper reddish brown, sometimes with streaks of medium to dark reddish brown. Color tends to darken with age. Quartersawn surfaces can also exhibit a ribbon-stripe appearance.

Grain/Texture: Grain is straight to interlocked, with a medium to coarse texture. Good natural luster with a light-refracting optical phenomenon known as chatoyancy. (See video below.)

Workability: Easy to work, glue, and finish. Tearout can sometimes be a problem if the grain is interlocked.

Allergies/Toxicity: Although severe reactions are quite uncommon, African Mahogany has been reported as a sensitizer. Usually most common reactions simply include eye and skin irritation. See the articles Wood Allergies and Toxicity and Wood Dust Safety for more information.

Pricing/Availability: Readily available in a variety of lumber sizes, as well as plywood and veneer. Prices are low to moderate for an imported hardwood.

Sustainability: This wood species is not listed in the CITES Appendices, but is on the IUCN Red List. It is listed as vulnerable due to a population reduction of over 20% in the past three generations, caused by a decline in its natural range, and exploitation.

Comments: Comprised of a handful of species from the Khaya genus, all of which are native to Africa. Sometimes lacks the deeper reddish brown color and durability that is common for true mahogany in the Swietenia genus. Botanically, Khaya is a part of the Meliaceæ family, which not only includes mahoganies, but also Sapele (Entandrophragma cylindricum), and a host of other commercial species. Considered to be a valid substitute for Honduran Mahogany (Swietenia macrophylla), otherwise known as “Genuine Mahogany.” 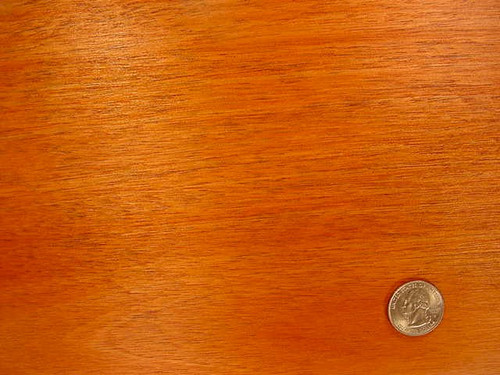